WELLMA-1, WP 1.2 includes a statistical analysis of Berlin and French well data. The aim is to identify parameters by which the extent of iron related clogging can be assessed and which can be used for grouping the wells for further investigations. The data analysis is based on data on well construction, water chemistry and well operation for about 615 wells in Berlin and 47 in France. The approach is first to do a descriptive analysis of the datasets. It shows amongst others that the French data are not extensive enough to be included in further statistical analysis. They were therefore interpreted individually and added as annex to the report. In the second step, a reliable indicator for iron related clogging in the Berlin wells is identified. This is done by testing the significance of differences in parameters recommended by BWB (Qs, number of H2O2-treatments and results of TV-camera inspections) that indicate either intense clogging or no clogging. The analysis of the reduced dataset reveals that TV-camera inspections are the most reliable cloggingindicator for the Berlin wells for statistical analysis with the current database. Thirdly, the relation of all available constructional, hydro-chemical and operational parameters is checked for four different stages of clogging indicated by the TV-camera inspections. It can be stated that most wells reveal increasing clogging with increasing well age and decreasing depth of the first filter. Clogged wells are characterized often by lower iron and higher manganese and nitrate concentrations, a higher mean total discharge and more operating hours than wells without clogging indication. Finally, the clogging indicator is evaluated by a multiple linear regression. For this, the dependent variable clogging is linked to the ten variables, which are obviously related to clogging processes. Although all comprised parameters are partly related to the clogging intensity of the wells, only well age, depth of the first filter, iron and manganese concentrations as well as operating hours and total discharge have an explanatory value for clogging. However, their total explanatory value of 20% of the variance in clogging is low. Either the most relevant parameters to identify clogging are missing or the selected parameters reveal too much data variability. This can be due to temporal and depth oriented variations what could not be included in the recent analysis. Measurements in mixed raw water cannot characterize all processes involved in iron related clogging. Therefore, several recommendations of well operation and monitoring are given to improve the explanatory power of the data. The most important ones are the development of a more detailed matrix for the evaluation of well condition by TV-camera inspections and an improvement of measurements of specific capacity Qs by constant discharge rates and fully documented initial step pumping tests. Groups of wells that would be useful for more detailed field investigations and further data analysis are: (i) wells with different depth of the first filter, (ii) wells with significant differences in mean discharges (and similar construction and number of switchings), (iii) wells with different amounts of switchings, (iv) wells with similar number of switchings but different filter lengths or pump capacities and (v) wells of different age, but otherwise same construction and operational characteristics. 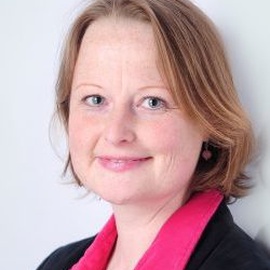