The Aquisafe project aims at mitigation of diffuse pollution from agricultural sources to protect surface water resources. The first project phase (2007-2009) focused on the review of available information and preliminary tests regarding (i) most relevant contaminants, (ii) system-analytical tools to assess sources and pathways of diffuse agricultural pollution, (iii) the potential of mitigation zones, such as wetlands or riparian buffers, to reduce diffuse agricultural pollution of surface waters and (iv) experimental setups to simulate mitigation zones under controlled conditions. The present report deals with (i), providing information on trace substances, which enter surface water predominantly via diffuse sources in rural or semi-rural environments. In particular, it provides a priority list of relevant substances to aid planning of monitoring programs at waterworks, which abstract surface water from rural watersheds, for which information on substance use is sparse. As this ranking is limited to substances for which broad data sets are available from literature, it is compared to actual screening programs in predominantly rural catchments in Brittany (France) and Indiana (USA). The literature review identified pesticides as the dominant known diffuse contaminant group in rural and semi-rural settings (section 2.1). This is confirmed for the agriculturally dominated Ic Catchment in France and Upper White River Watershed in the USA, where pesticides were found to dominate the diffuse source compounds (section 3). Seven agricultural pesticides were detected in the Ic Catchment with AMPA and atrazine being the most common compounds, detected in 54 % and 41 % of all the samples, respectively. In the White River Basin 26 of the 38 detected compounds were pesticides making them the largest group of chemicals detected. Based on literature values on pesticide detection in surface waters in Germany, France and the USA, a priority list was established in section 2.2 of this report (see Table on page vi). Only seven substances were among the 20 most relevant pesticides, both in the USA and in Europe. Accordingly, US and European substances are distinguished in the priority list. Most frequently detected substances were atrazine, metolachlor and simazine for the USA, AMPA (metabolite of glyphosate), diuron and atrazine for France and diuron, atrazine and isoproturon for Germany. The importance of atrazine in Europe is interesting, since it was already banned at the time of the monitoring, indicating the high persistency of atrazine in groundwater. In some cases in Germany, concentrations in surface waters were found to follow typical seasonal application patterns, indicating illegal use (pers. Comm.. M. Bach). Although the list of substances in the USA and in Europe differ, there is an agreement to the fact that many of the pesticides applied in agriculture find their way into surface waters. The concentrations found are often beyond 0.1 µg/L. For the EU this level already corresponds to the drinking water limit. Thus, if surface water is used for drinking water production pesticides seem to be of high relevance. In finished drinking water, frequently-used Isoproturon and Bentazon were most frequently detected in Germany and France. The importance for drinking water production is emphasized by frequent detections above 0.1 µg/L in finished drinking water in nine waterworks in the US. Regarding drinking water regulation, the thresholds in the USA are substance-specific and generally more than one magnitude higher than 0.1 µg/L. As a result threshold exceedance was mainly found for Atrazine. In terms of treatability in water works, the priority list includes the efficiency of classical treatment (flocculation, filtration, ozonation) and of powdered activated carbon (PAC), which is often added in emergency situations. Particularly problematic are triazines (such as atrazine), phenoxy-type substances (such as 2,4-D and Mecoprop) and Anilides/Anilines (such as Metolachlor and Acetochlor). The pesticides found in the screenings are in good agreement with the priority list of most problematic pesticides for the US and Europe. AMPA and atrazine, the substances detected most frequently in the Ic catchment, as well as 2,4-D and dichlorprop, which were found in high concentrations > 0.1 µg/L in one sample are all included in the Europe top 20 of the priority list. Other substances on the list may not have been found because they were not measured, because of relatively high analytical detection limits of the screening or simply because they are not used in the basin, dominated by corn and wheat cultures. In the White River Basin, atrazine, acetochlor and simazine were detected at concentrations exceeding early warning levels utilized by several states in the United States, indicating their high relevance concerning drinking water production. They are also included in the US top 20 of the priority list. The priority list is a reliable basis for potentially problematic pesticides. It can thus be used as a starting point for monitoring programs in rural catchments, where no specific information on pesticide use are available. If looking for pesticides in surface water, it is important to take times of application of regarded pesticides into consideration, as shown by strong fluctuations in atrazine concentrations in the source water of a waterworks in Indiana (Figure 12 of this report). The screening results indicate that also other contaminants than pesticides may play a role in rural catchments. In the screening in the semi-rural catchments in Indiana, twelve of the detected 38 substances were not pesticides, but belonged to other groups, such as domestic use products, manufacturing additives or gasoline hydrocarbons. Of these twelve substances, seven were only found in one of the two catchments, showing a strong catchment-specific relationship. The findings indicate that other substances than pesticides may be of local importance, though in the case study all 12 substances were at least 50-fold below human health benchmarks (if defined). We conclude that the pesticide priority list given below is a good starting point for diffuse pollution screening even though it may possibly not be sufficient if major local influences, such as factories, large roads with stormwater discharges, CSO or specific local pesticide uses are present. 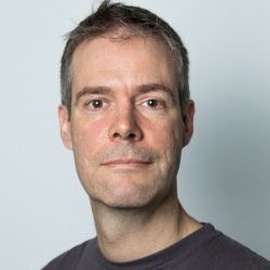