The intention of the work package 5.2 is to analyze the function and relevance of managed aquifer recharge (MAR) techniques with a main focus on Riverbank Filtration (RBF) to enable sustainable water resources management, especially in developing or newly industrialized countries. For this aim three RBF sites in Delhi were equipped with groundwater observation wells and sampled monthly for determination of surface and groundwater quality. This report includes information of more than 150 samples from surface- and groundwater, which were analyzed for a broad series of chemical and physicochemical parameters. For each sample, physicochemical parameters were determined in situ (pH, T, ORP, EC, DO) along with alkalinity, nitrite, ammonia and hydrogensulphide content by the Freie Universität Berlin (FUB) and the Indian Institute of Technology, Delhi (IITD). Additionally, water samples were collected and prepared under appropriate conditions for analysis of inorganic substances (major ions, heavy metals and other inorganic substances) and stable isotopes at FUB laboratories and microbiological parameters and organic contaminants at IIT laboratories. At FUB, in general all parameters were determined monthly except for some heavy metals for which the analysis is very time consuming and costly. For these metals, three sampling campaigns (monsoon, pre- and postmonsoon) were selected for analysis to get an overview of possible contaminations. Investigations on RBF are being performed at three different field sites within the National Capital Territory of Delhi (NCT), two of them on the banks of River Yamuna (Palla and Nizamuddin) and one of them at it’s major tributary in the Delhi stretch, called Najafgarh Drain (Najafgarh). At each of the field sites, at least five piezometers were constructed with varying depths and distances from the surface water. For each field site, groups of piezometers were built, to differentiate surface water and piezometers tapping shallow, medium and deep groundwater. For each parameter distribution and range of the values are shown with boxplots and compared to the German and the Indian drinking water standards. At the Palla field site positive effects during bankfiltration can be observed for several heavy metals like Pb, Al and Cu, while no significant changes or an increase in the concentration can be observed for Fe and Mn, respectively. Other substances like As, NO2- and Ammonia decrease during underground passage while no significant changes or an increase in the concentration can be observed for B and F, respectively. Only Fluoride exceeds the threshold for drinking water standard (Indian standard 1.5 mg/l) and must be considered as critical. At the Nizamuddin field site positive effects during bankfiltration can be observed only for one heavy metal (Al), while no significant changes can be observed for Pb and Cu and an increase in the concentration can be observed for Fe and Mn. Other substances like As, F and Ammonia increase during the underground passage while no significant changes or an decrease in the concentration can be observed for B and NO2-, respectively. At this field site elevated concentrations of several substances like As, Fe, Mn, F and NH4 will make a post-treatment necessary. At the Najafgarh field site the main constraints is the high salinity of the groundwater and the seasonal disavailability of fresh surface water. Due to the high mineralization of the groundwater a possible RBF site must be situated very close to the drain with shallow filter screens in order to obtain a high share of bank filtrate. The design and the potential capabilities of RBF facilities are currently subject to ongoing work and cannot evaluated finally. The sampling campaigns carried out so far are very useful to evaluate i) the seasonal changes in the surface water and ii) the depth dependent changes of the ambient groundwater. It needs to be taken into account that nitrogen species will promote the occurrence of problematic substances like ammonia, nitrite or nitrate due to a load with untreated sewage. Fluoride is expected to be no problematic substance. 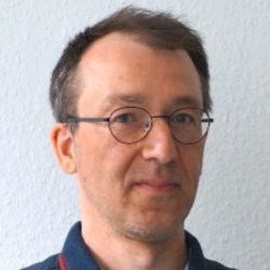